Tom has immersed himself in the world of guitars ever since the age of 12. Before starting TR Guitars in 1984, Tom taught himself to play guitar and eventually became interested in being able to fix his own guitars, and eventually to build his own guitar. Many bands have been graces with Tom’s playing and singing skills including ‘Dead Man’s Party’, the world’s top Oingo Boingo tribute, as well as ‘We Are Devo’ an exciting Devo cover group.

When he’s not working, Tom likes to play soccer, drink German beer and hike. He is also a reserve firefighter for OCFA and a Ski Patrol EMT in Big Bear. He loves spending time with his wife and daughter in their small town of Silverado. 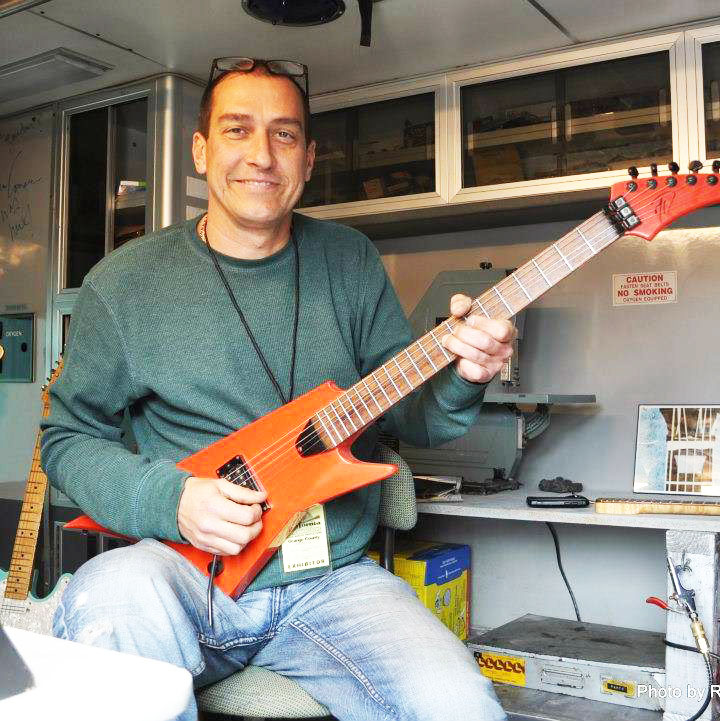 When Tom is not working, he still enjoys playing music with “Through Being Cool/Devo Tribute”, as well as “Jacks Bad Monkey”. Tom also devotes his time as a reserve fire captain and EMT for Orange County Fire Authority, and renders medical aids as a ski patrol in Big Bear, CA.

What Tom enjoys most, if not hosting Oktoberfest at Old World in Huntington Beach, or playing soccer, is spending time with his wife and daughter.

After a five year apprenticeship, Tom Rieser founded T.R. Guitars in 1984. Tom started by hand buildingguitars to customers specifications. Due to the demand for professional repair work, T.R. Guitars became a repair facility catering to artists, music stores, and the general guitar-playing public. T.R. Guitars is now a warranty facility for most major manufactures.

After 27 years in the Tustin Business Center, Tom decided to go back to his roots and custom build his own line of guitars and various stringed instruments. He moved the woodworking portion of the shop to scenic Silverado Canyon, an 1800’s silver mining town nestled in the foothills of Orange County, CA.

Due to the fact that Tom still has a huge clientele relying on his repair work, and works on approximately 10-15 guitars each day, he has made it even easier for his customers by going mobile. Tom has converted a Type 3 box ambulance into a fully functioning guitar repair shop where he will do the job, while you wait, at the comfort of your own home, studio, or work. 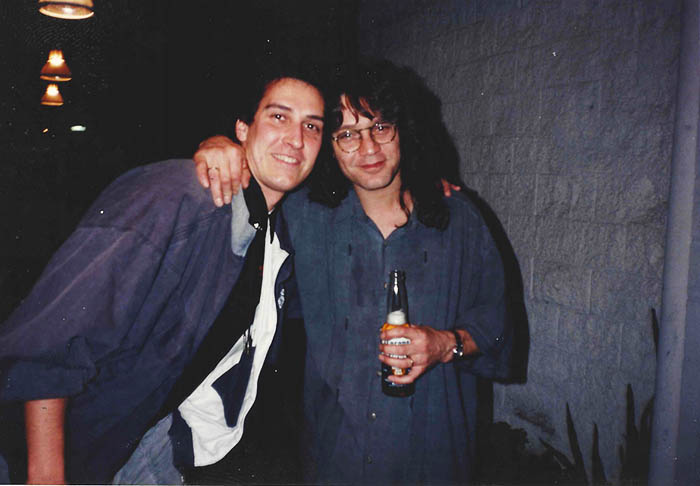